You are here: Home1 / About2 / Jonathan Hill 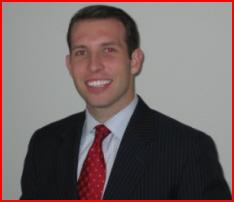 Jonathan is a proud graduate of the Hotchkiss School in Lakeville, Connecticut (Class of 2001), of Amherst College (B.A., Class of 2005) and Harvard Business School (Class of 2010).

Over Labor Day weekend in 2006, Jonathan laced up his in-line skates with the intention of cruising 207 miles from the eastern boarder to the western boarder of Minnesota. Since he was not able to join Oliver on a climb of Mount Kilimanjaro, Jonathan decided he could skate across Minnesota to raise money for KF. After smoothly skating almost half the distance, the roads became impassible. He skated 92 miles the first day and decided that, even though he could not complete the remaining 115 miles in a straight line, he could certainly do it in circles. The following morning, Jonathan began skating around Lake Calhoun, a lake in downtown Minneapolis that is 3.2 miles around, and completed the remaining miles that Monday morning, Labor Day. Jonathan’s skate and fundraising efforts now sponsor the eduction of Japhet Phiri, an exceptional KF scholar.

Jonathan works for Kucetekela Foundation in Minneapolis and is primarily responsible for developing and maintaining the KF website.